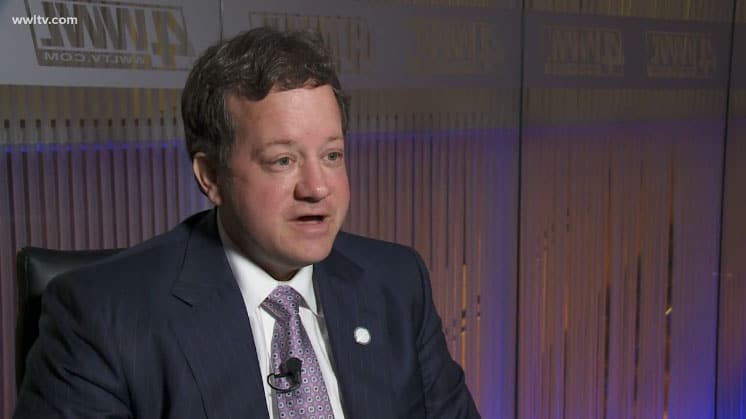 Potential breakthrough in cancer treatment
Researchers and scientists say the vaccine being studied has eliminated “All traces of cancer” in 97% of tested laboratory mice.

NEW ORLEANS- Cancer research is something near and dear to Chad Landry’s heart.

Since being cured in 1996, Landry has made it his mission to help others by starting the New Orleans Lympho-Maniac Cancer Fund, a non profit organization which raises money for cancer patients and institutions.

“They’ve made a lot of headway with immunotherapy. Some of these precision type medicines. And so, this news with the vaccine is just putting us one step closer to finding a cure for cancer,” Landry said.

Researchers and scientists say the vaccine being studied has eliminated “All traces of cancer” in 97% of tested laboratory mice. Those animals, were cured of Lymphoma tumors.

In the lab test, 87 of 90 mice were cured of Lymphoma tumors. Even in three that had recurrences, a second treatment caused the cancer to regress.

Dr. Lucio Miele with LSU Health Genetics and Precision Medicine says this is great news, but he is cautiously optimistic.

“Things that work extremely well in mice, have turned out to be too toxic when they’re tried in humans. Then they’re going to have to look for the right doses,” Dr. Miele said.

If testing is successful, we could see it publicly distributed, but Miele says not right away.

“This can take a few years. But, with accelerated approval, we’re talking a few years. Not decades. If it all goes well. But we won’t know if this will go well until we can see some safety data first in humans,” Dr. Miele said.

Landry knows it could be a lengthy process, but one thing he believes about this breakthrough is that it gives those battling cancer hope.

“There are gonna be some days, you’re gonna be ten steps in the program and you might get through three and say ‘I’m ready to give up.’ It’s attitude, it’s commitment and never giving up the fight,” Landry said.

The most recent study shows that the process works for many different types of cancers, even those that arise spontaneously.

Similar results have been seen in mice with breast, colon and melanoma tumors.