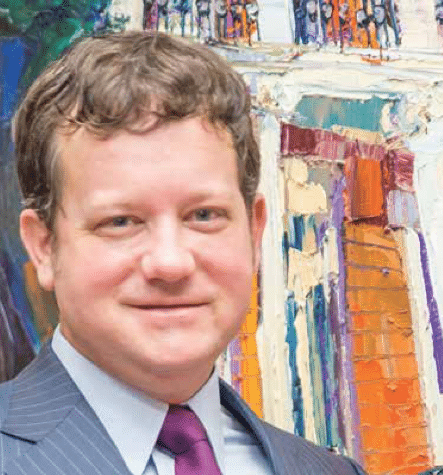 Local thrift stores should expect a brisk business in the coming weeks as all the city’s grooviest don their shimmery leisure suits and zip-up platform boots in preparation for the 2017 New Orleans Lympho-Maniac ‘70s Disco Gala. The event takes place March 18 at Mardi Gras World and benefits all-local cancer causes.

In the middle of the crazies on the dance floor (possibly wearing an afro wig) you’ll find the man who started it all 15 years ago, Chad Landry. Landry, a 20-year Hodgkin’s lymphoma cancer survivor and lifetime city resident says the annual event is like therapy for him. “When you have cancer, you make a lot of promises to yourself,” Landry says. “But once you’re healed and in remission, you get back to that rat race … and all those promises go to the wayside. The work involved with Lympho-Maniac brings you back to that time and slows life down. It’s that one night a year that you can live for the moment, connect with friends and family, and dance like there’s no tomorrow.”

Landry realized early on how unique his fundraiser was, especially the idea of raising money to help the sick locally. He, his friends and some loyal volunteers decided to supersize the event and challenge other fundraisers to keep it local too.

The disco gala has morphed from an Uptown house party for 100 (making barely enough money to cover alcohol in its first year) to a supremely anticipated and financially successful catered affair for 1,000 or more in some of the city’s biggest venues. This year, Copeland’s of New Orleans has stepped up as title sponsor to add a high-end feel to the food and does so in memory of family patriarch, Al Copeland, who died of cancer.

And yet again this year, Don Trump, Jr. (yes, really, the President’s son) and his wife, Vanessa, have agreed to fly in from New York City as celebrity judges for the high-stakes dance competition, from which the winner takes home the party’s disco ball.

It might feel like it some days, but serving as president of New Orleans Lympho-Maniac Cancer Fund isn’t Landry’s full-time job. An energy investment banker for the past
14 years, Landry is right in the middle of starting his own boutique nancial rm, Poydras Capital Partners, specializing in wealth management and capital markets. But this buttoned-up investor knows how to go glittery gull-wing polyester leisure shirt with the best of them.

“My chemotherapy oncologist gave me a 50 percent chance of survival,” Landry says. “I was just 20 years old. Our annual Lympho-Maniac event is a true celebration of life. It’s our attempt to take the cancer survivor’s mindset mainstream for a night.”

Be There or Be Square:
Everyone’s invited to the city’s biggest ’70s dance party — the 2017 Lympho-Maniac Gala — to benefit lower income families at East Jefferson General Hospital and LSU Health Sciences Center who are suffering the financial burdens of cancer. (Past funds from the 501c(3) charity have gone to various cancer causes like a skin cancer radiation machine, and the renovation of the chemo oncology center at East Jefferson.) The fundraising goal this year is $175,000 and as many as 1,500 guests are expected. Tickets and disco ball tiles to honor loved ones with cancer are available at lympho-maniac.com.

The Original Lympho-Maniac
During his first chemotherapy treatment, Landry met a man named Red celebrating his final chemo treatment. Red was so excited to get back to living he could barely keep from dancing. On Landry’s final treatment six months later, Red was back — his cancer returned. But Red was still upbeat.

“He told me,‘You know what? I don’t care. I got to drive my truck. I got to fish. I got to hang out with my family.’ He ultimately passed away,” Landry says, still getting emotional 20 years later.“I don’t know where I came up with the word Lympho-Maniac, but Red was the inspiration.”